In the heart of the French mountains Massif Central, more specifically in Auvergne, the Massif du Sancy is a volcanic treasure which offers an incredible variety of landscapes and astonishing activities. This is a wonderful millenary land full of endearing personalities.

Once upon a time…

Well, let’s go back to the start…. 5 million years ago, a volcano was born. With 1886 meters (more than 6 187 feet), The Puy de Sancy is the highest French volcano and Massif Central’s summit. Volcanoes after volcanoes, rivers after lava flows, glaciers and erosion gave us this incredible relief: sharp crests, steep slopes, enclose and wild valleys, but also nice bends, quiet plateaus for summer pastures and calm crater lakes. The Sancy was gifted by nature! 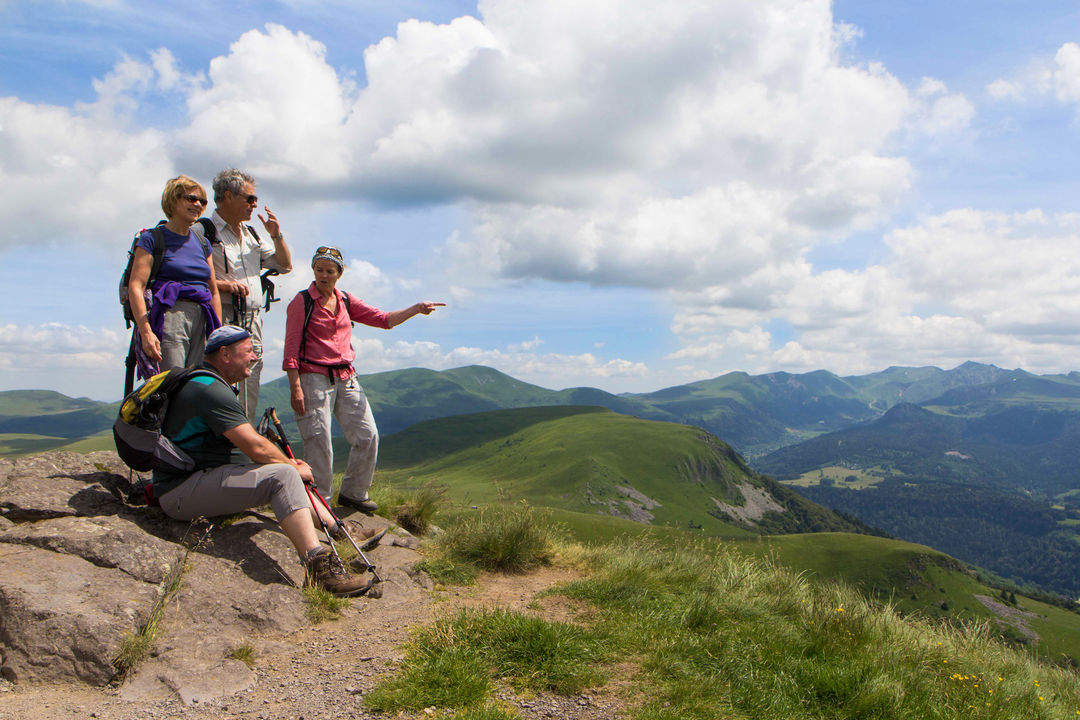 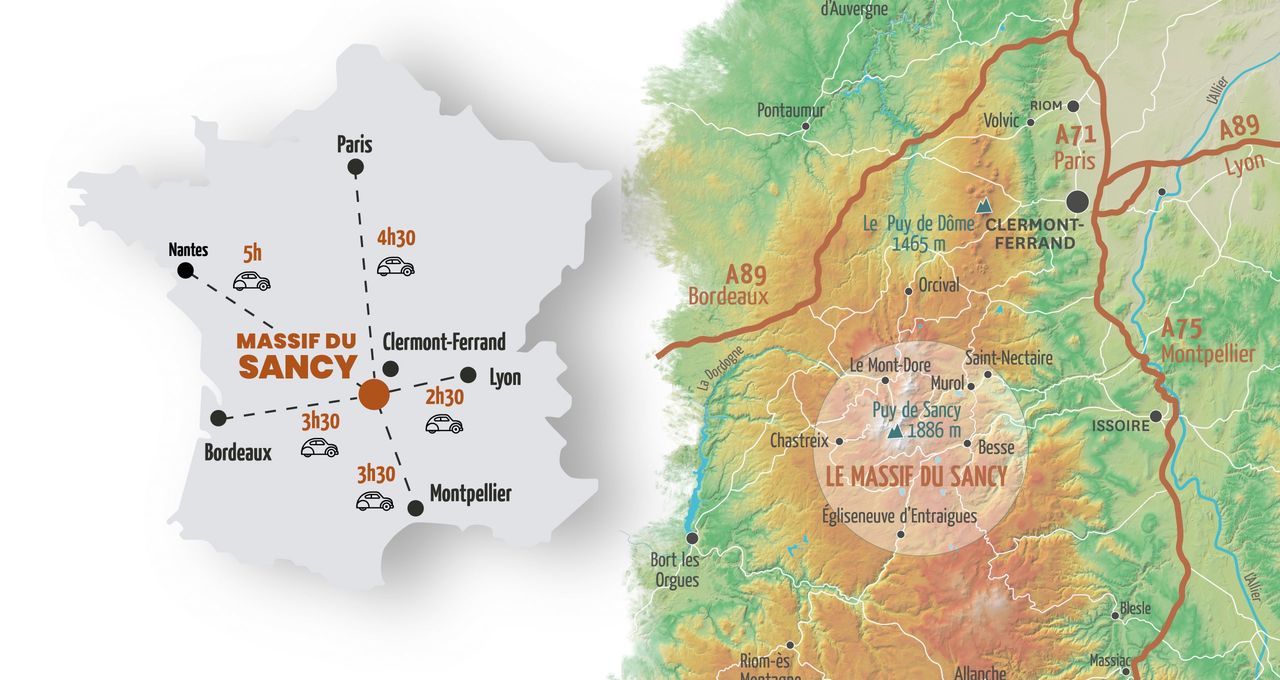 Map of the Massif du Sancy in relation to motorways

The Sancy for dummies

A little class of geography to understand our Massif! On the Sancy Mountain, two sides are face to face with, in the middle, the Puy de Sancy as a coordinator.

The South Slope shelters the medieval town called Besse, Super-Besse Ski Resort and finally Sancy “coastal resort”: the Chambon Lake. A bit less sharp, except for the Chaudefour Valley, the South Slope is driest than his neighbor.

A crest line to separate the two slopes. Whether it is winter or summer you have to pass through cols to go from one point to another, it is a wonderful occasion to have a panoramic view above the two valleys.

Calculate your journeys in minutes/hours not in kilometers or miles. Moreover never forget your snow tires during winter time!

The peaks of the Sancy 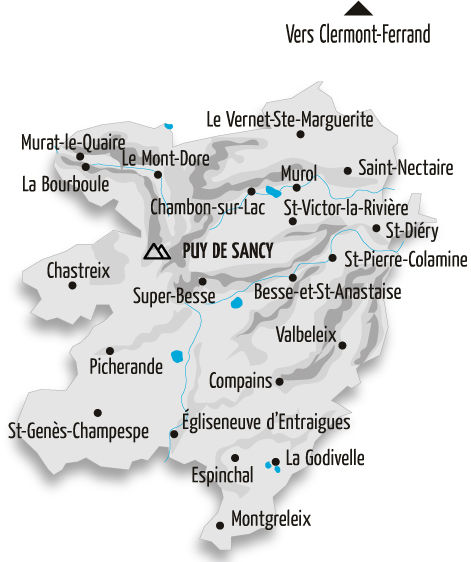 Map of the Sancy in Auvergne

The peaks of the Sancy

The West Side is built around the Dordogne Valley with the city of Le Mont-Dore and its Ski Resorts and the city of La Bourboule and its thermal baths. And don’t forget Chastreix-Sancy ski resorts! Thanks to a rain spayed weather, this slope presents majestic reliefs, sharp peaks and profound valleys.

That’s it; you are finally ready to explore the Sancy! It’s a huge land, don’t stress out and take your time to discover it! 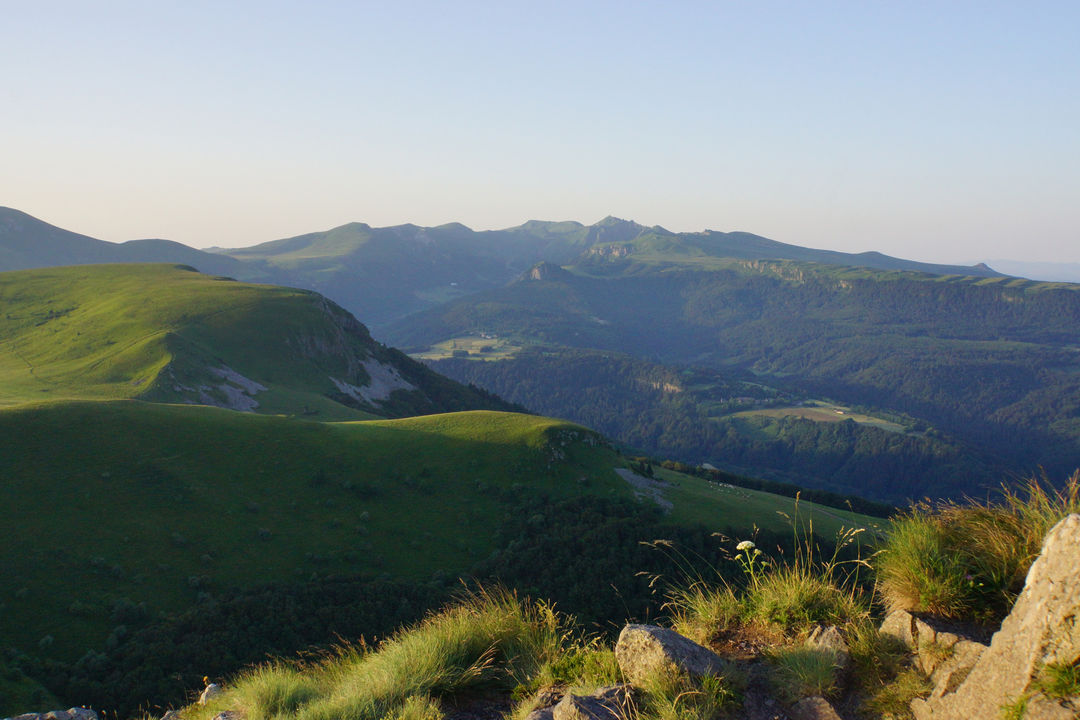 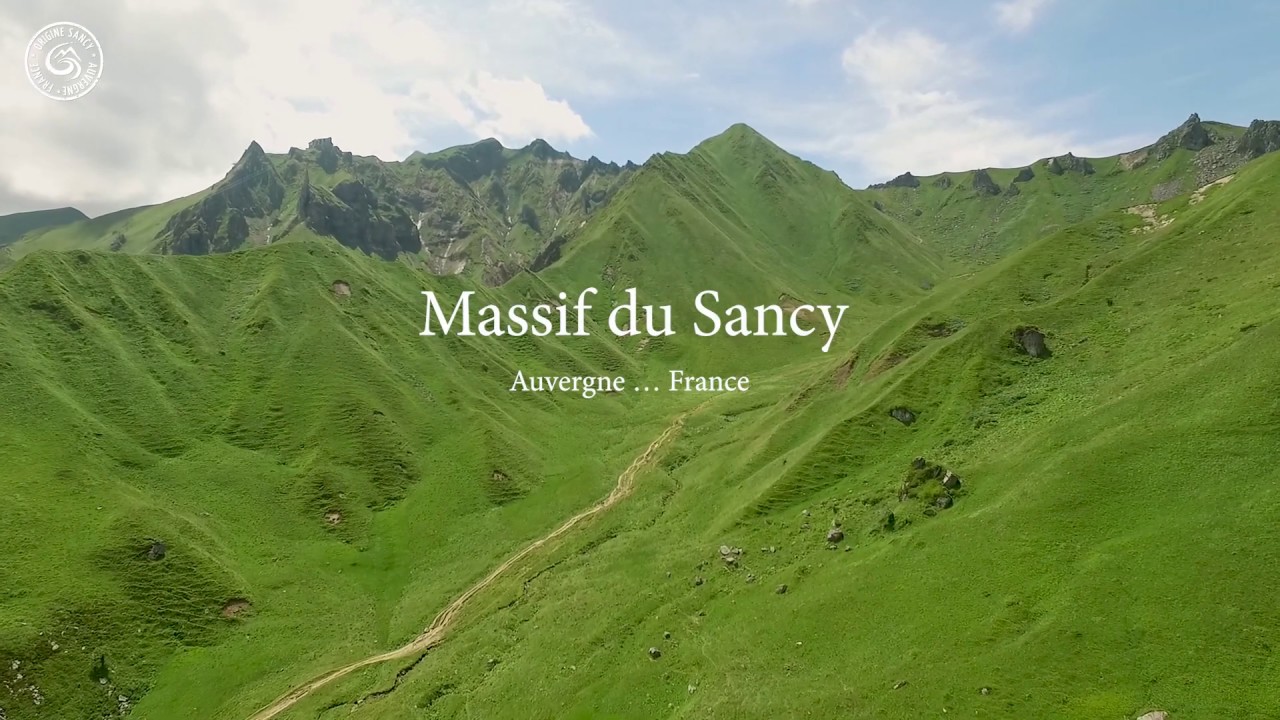 Since more than 2000 years, Sancy’s inhabitants love and maintain this amazing land. The attraction of the Sancy volcanoes isn’t new as we can see with menhirs and dolmens in the city of Saint-Nectaire! The cities and villages of the land are also witnesses of the French History with heritage of different periods as Gallo-Roman, Medieval, Renaissance, and Belle Époque. And now? Well Sancy is an area for mountains and mountain dwellers. With a climate a bit harsh and a fertile nature this volcano land is the ferment of agricultural tradition and pastoral landscape that we can taste in every local produce: gastronomy, farming activities, local and handicraft producers. 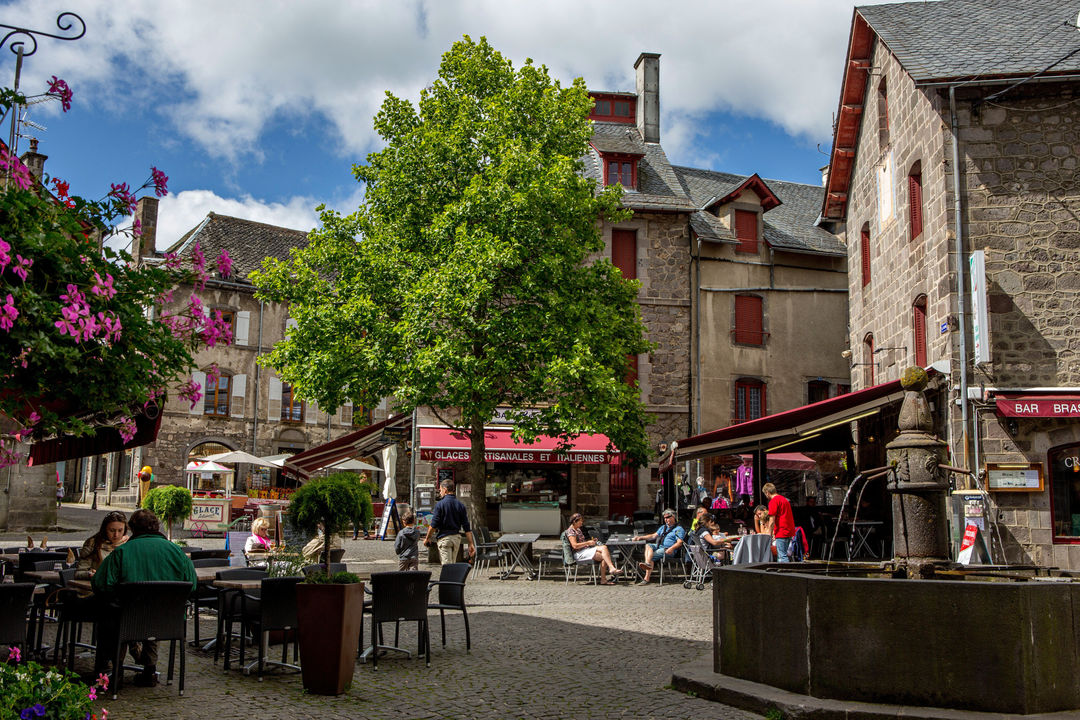 A break on the terrace in the medieval town of Besse

Nowadays, the Sancy can count 20 municipalities and can welcome you at the center of France and Auvergne region in a real bubble of nature preserved and a savoir-vivre to share. Go find them here! They are waiting for you… 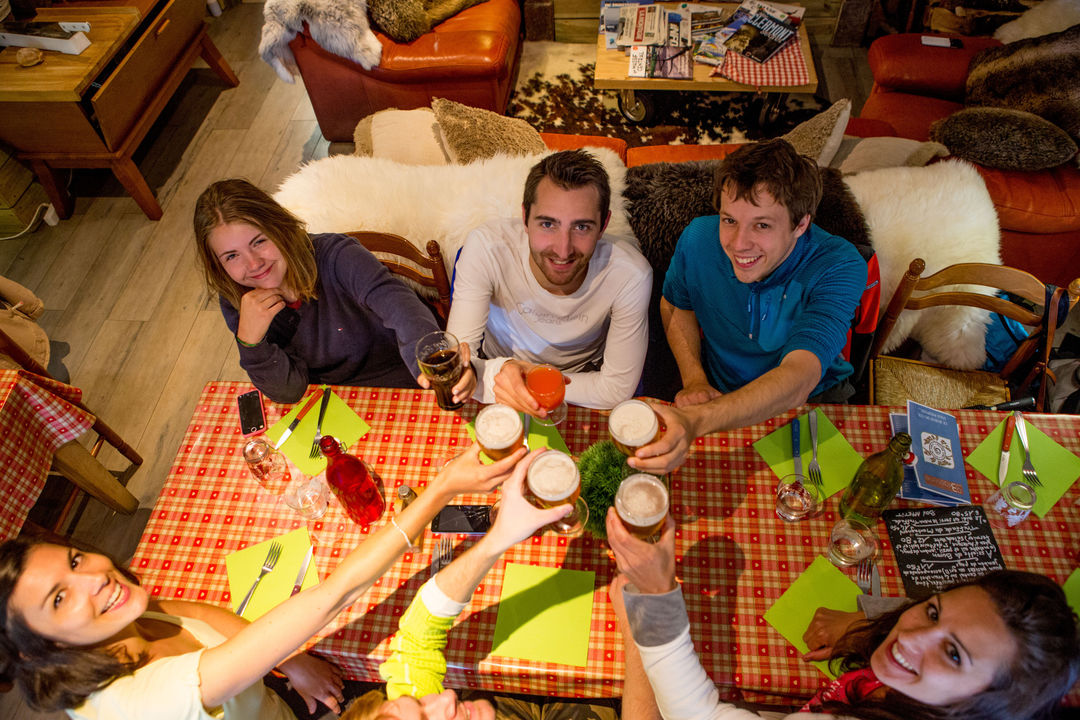 Test the Sancy in every season!

The Sancy in the snow

The Sancy in automn 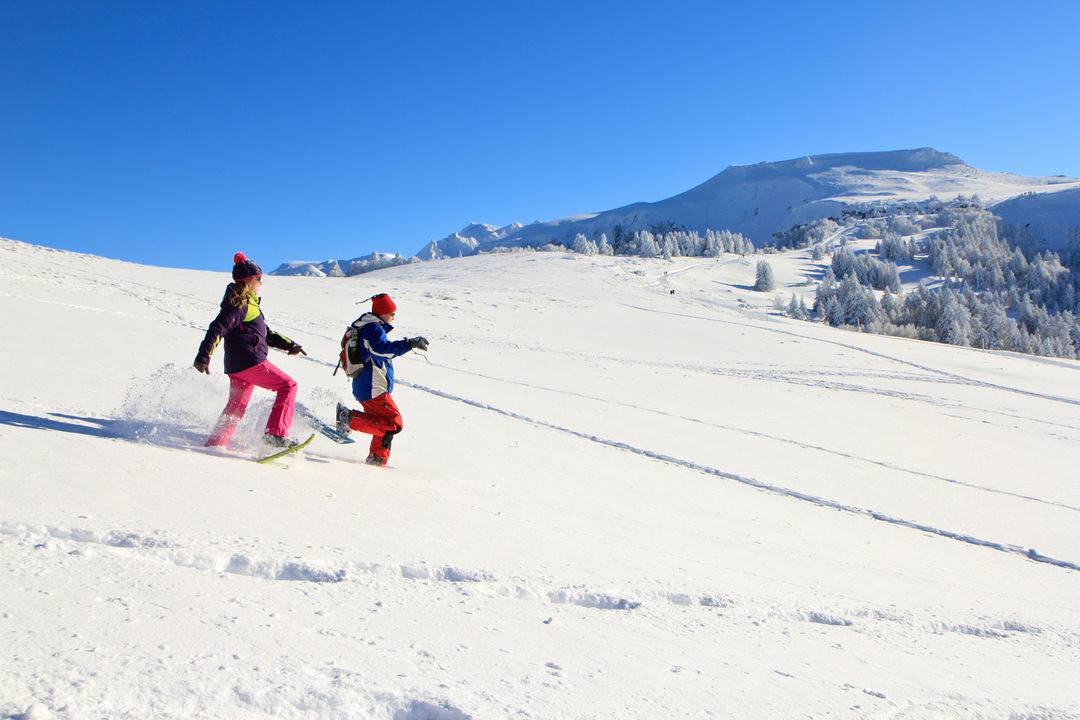 Your photos of
Massif du Sancy 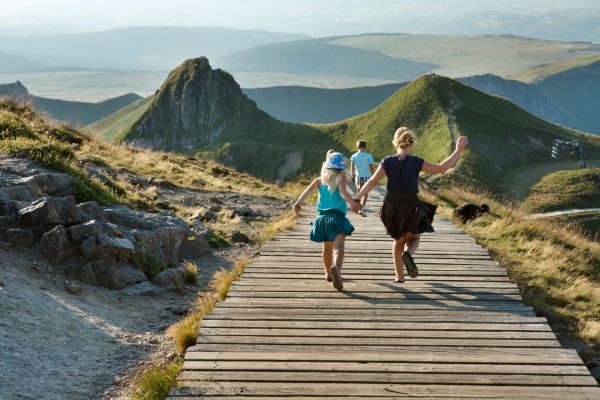 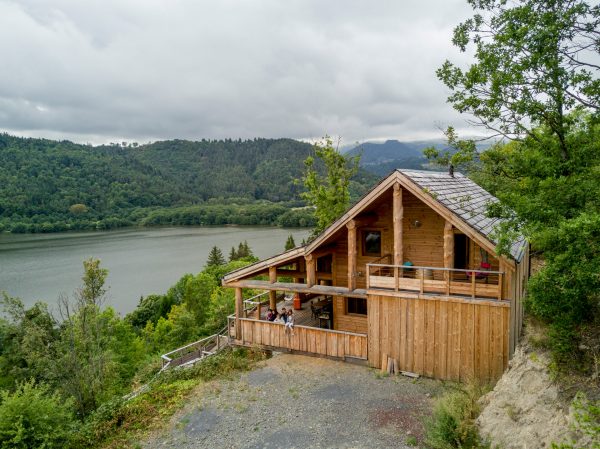